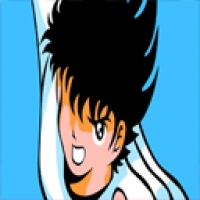 Captain Tsubasa II: Super Striker is a Sports game, developed and published by Tecmo, which was released in Japan in 1990. This game is a continuation of the “Cinematic Soccer” series of games started on the Famicom. “Cinematic Soccer” refers to the style of the gameplay. Rather than being a straight forward soccer sim. Many of the Captain Tsubasa games featured fully animated cut scenes throughout the match leaving the player to make key strategic decisions and then watch the outcome.