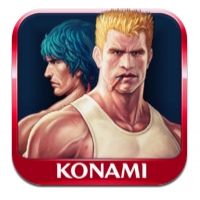 Help the awesome commando duo Bill and Lance as they take on the might of an awesome alien army that has invaded the jungles of South America and threaten the entire world! Take up powerful weapons and blast the hell out of the alien forces, leaving none alive as you shoot and explode them all! Collect the numerous power ups and weapons upgrades to improve your fighting chances to increase the heat and kill the aliens!